Old Friends Japan is a retraining and retirement facility for Thoroughbred racehorses in Japan, a place where these wonderful animals continue onto the next stage of their lives. Our Representative Director, Mr. Kiichi Harada, had the idea for a retirement facility ever since coming to Hiruzen in 2007. The project finally started rolling after Mr. Harada returned from a trip to the USA, having learned more about aftercare and Old Friends Equine in Kentucky while there. Mr. Harada was so impressed with the Old Friends model that we contacted Mr. Michael Blowen of Old Friends Equine and asked if we could name our facility “Old Friends Japan”. Mr. Blowen generously agreed, and after gathering support from Maniwa City, the JRA and other stakeholders, Old Friends Japan was born.

Mr. Harada is a Japanese dressage rider and manager of the Hiruzen Horse Park. Representing Japan, he competed at the 2016 Summer Olympics in Rio de Janeiro, and more recently in 2020, won the FEI CDI4* Grand Prix in Florida. 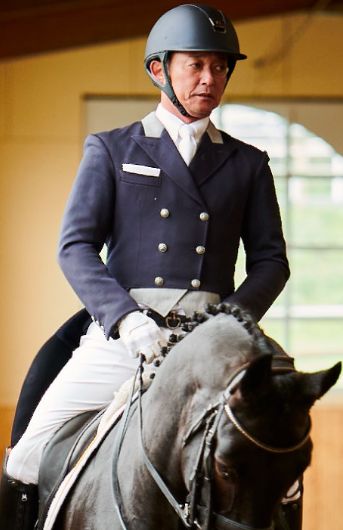 Since early childhood I’ve been surrounded by horses. My father gave me a pony when I was six, and ever since then my life has been with horses. Through them I’ve been blessed to come to know many people around Japan and the world. My success is intertwined with them, and it is with a sense of gratitude that about 10 years ago I started to think about how I can contribute to the care of horses, and how can I help educate the future generations of horse people.

Hiruzen is now a place where people can come and meet retired Thoroughbred racehorses. These animals are athletes in their own right, and they have trained and worked hard. For some it will be a comfortable retirement, for others the next stage of their lives will begin here. I am always impressed by their determination, hard work and characters. With them the possibilities are always endless.

Old Friends is a nonprofit equine retirement facility in Georgetown, Kentucky, accredited by the Thoroughbred Aftercare Alliance (TAA). Founded in 2003 by former Boston Globe film critic Michael Blowen, the organization has grown from a leased paddock and one horse to a 236-acre farm, a herd of over 200 rescued and retired horses, and a satellite facility; Old Friends at Cabin Creek in Greenfield Center, NY. 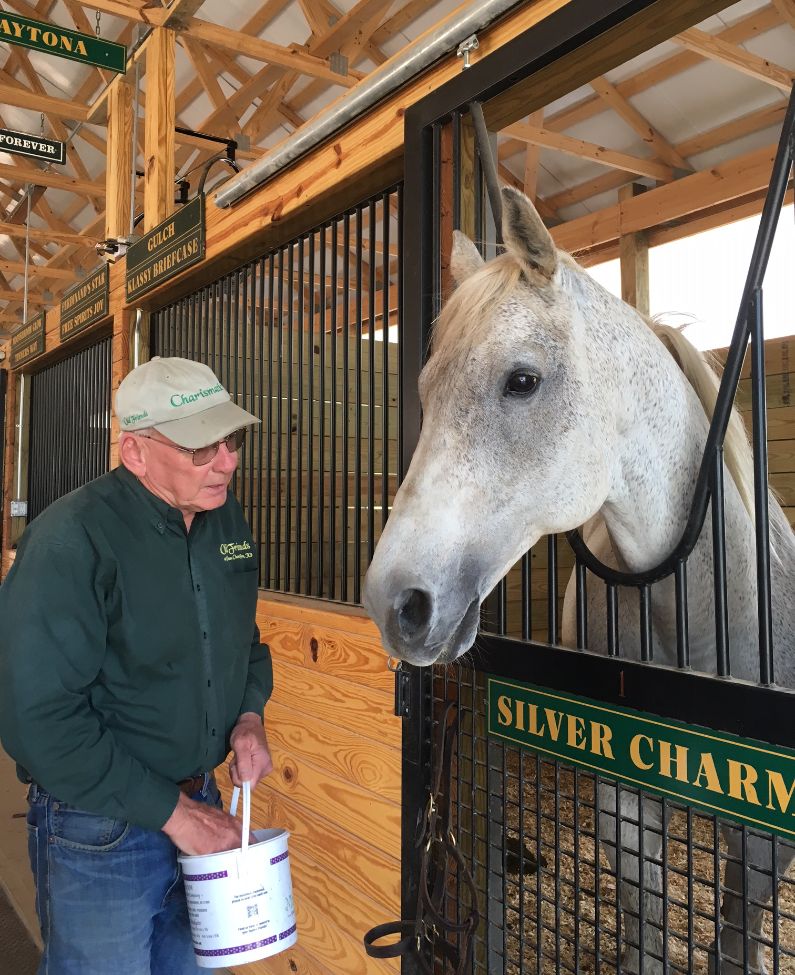 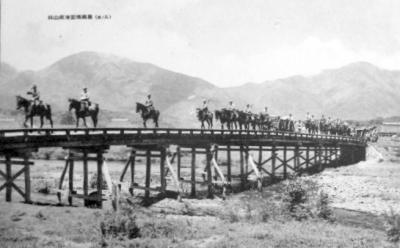 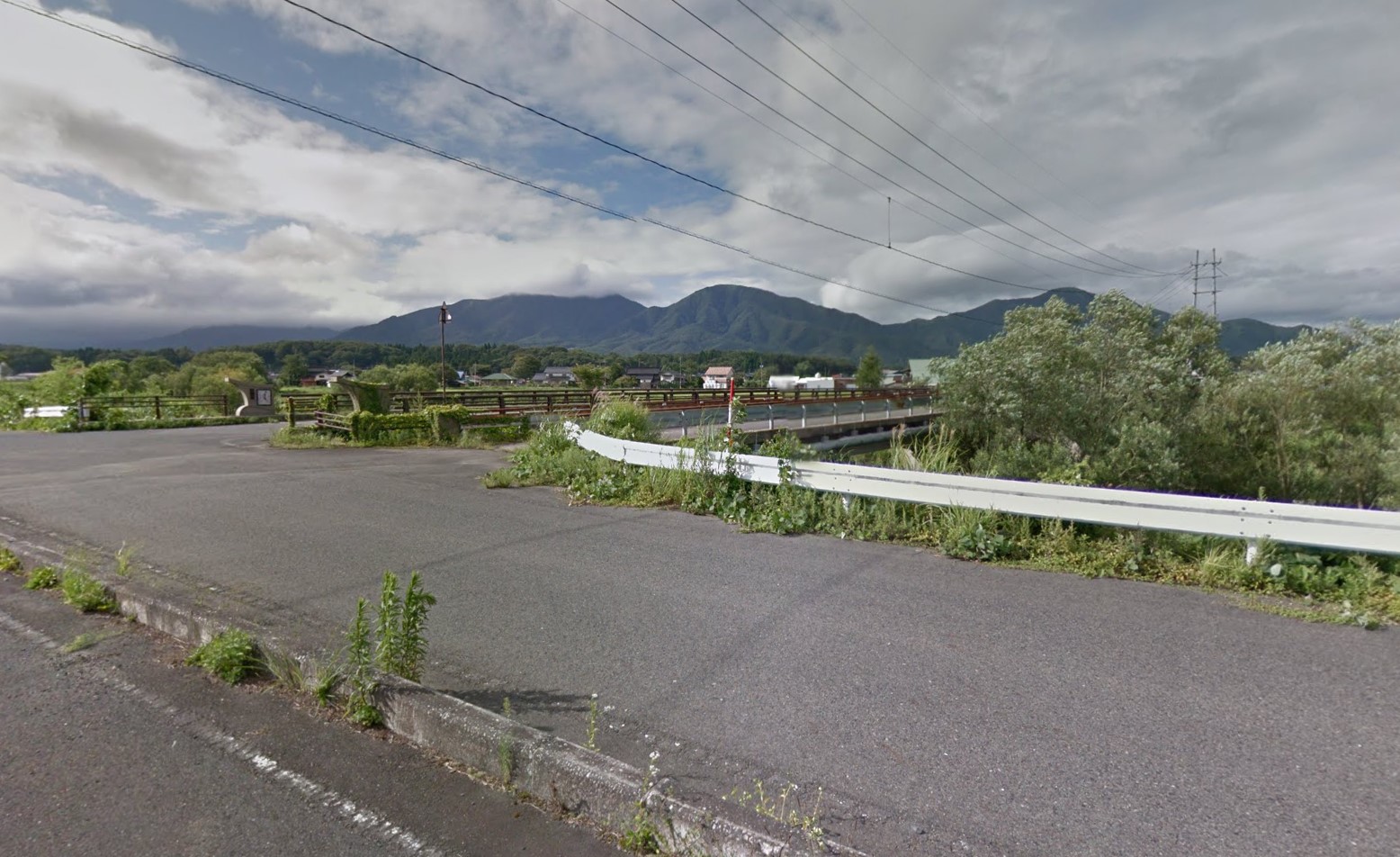 Did you know Hiruzen had its own horse racing track?

Today Hiruzen is a popular tourist destination. However, based on archeological excavations, the history of horses in Hiruzen date back as far as the Kofun period (300-538 AD). Recorded history of horses starts around the Edo period (1603-1867) when horses were part of everyday life. During the Meiji era (1868-1912) Hiruzen was home to hundreds of war horses. Under the “War Horse Replenishment Unit Ordinance” issued in 1900, the “Daisen Branch Asashi River Office” training facility for war horses stretching 28km was set up, with between 300 to 400 horses on site at any point in time. After the war, at the start of the Showa Era (1926-1989) Hiruzen even had it’s own horse racing track, and in 1955 Hiruzen was the filming location of the horse riding scenes in the film “The Yoshino Thieves”, starring Japan’s first singing movie star, Koukichi Takada.

A century later, in 2005, as part of the National Sports Festival of Japan held in Okayama, Hiruzen hosted the equestrian tournament. For the occasion Maniwa City built a stable that could house up to 300 horses, an outdoor equestrian stadium, outdoor and indoor training grounds, walking machines, etc. The facility became the Hiruzen Horse Park, with director Mr. Kiichi Harada as it’s first manager, and today is the training grounds for all things equestrian. The facility often holds national competitions and also attracts thousands of outside visitors every year, with guests horseback riding and petting and feeding the animals.

For the 2020 Tokyo Olympics, Hiruzen was set to be the host town to the German Equestrian Olympic team before and during the games.

Centered around the image of the characteristic three peaks of the Hiruzen mountains, our logo also features a left facing horse (considered good luck). Hiruzen is horse country, a place where retired racehorses start a new journey or settle into the green pastures for an enjoyable and healthy retirement.

You can help Old Friends Japan